Formation of a landscape-urban living space, by recording and reinterpreting of familiar local structures. Low-cost and zero carbon

The planning site lies in a region that was previously exclusively agricultural, namely the nature conservancy area of the Ebro Delta, lying 150 kilometers south of Barcelona. As a consequence of infrastructural development in the region in recent years (expansion of three international airports within a circumference of 150 kilometers, and the optimisation of motorway and high-speed rail networks), it is now possible to live and work in this area. 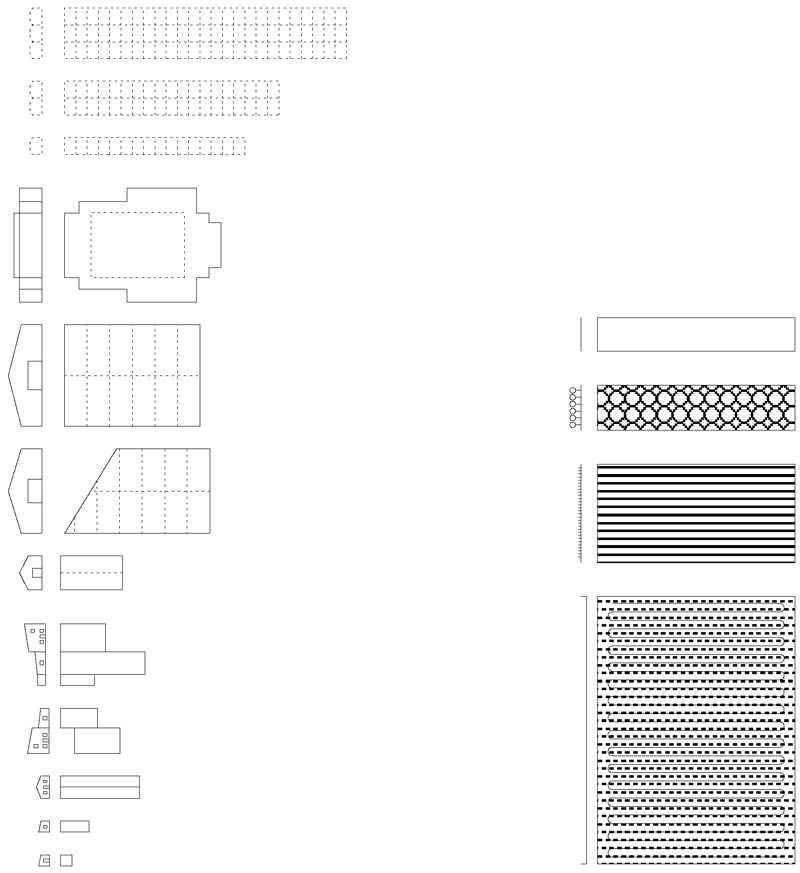 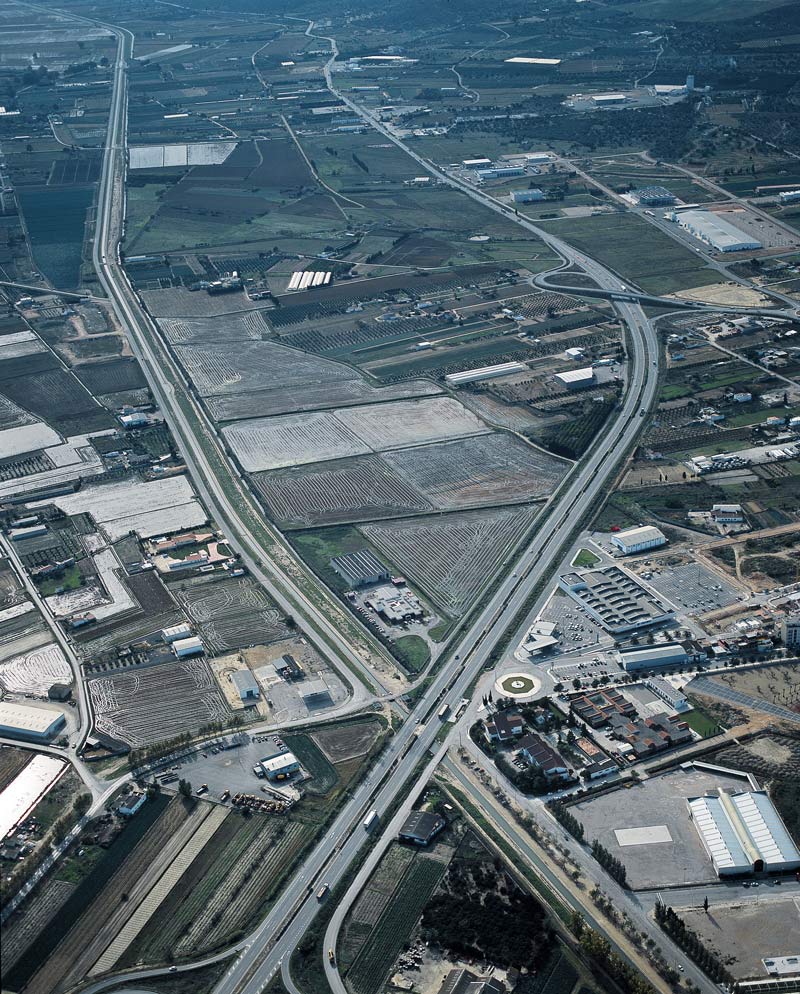 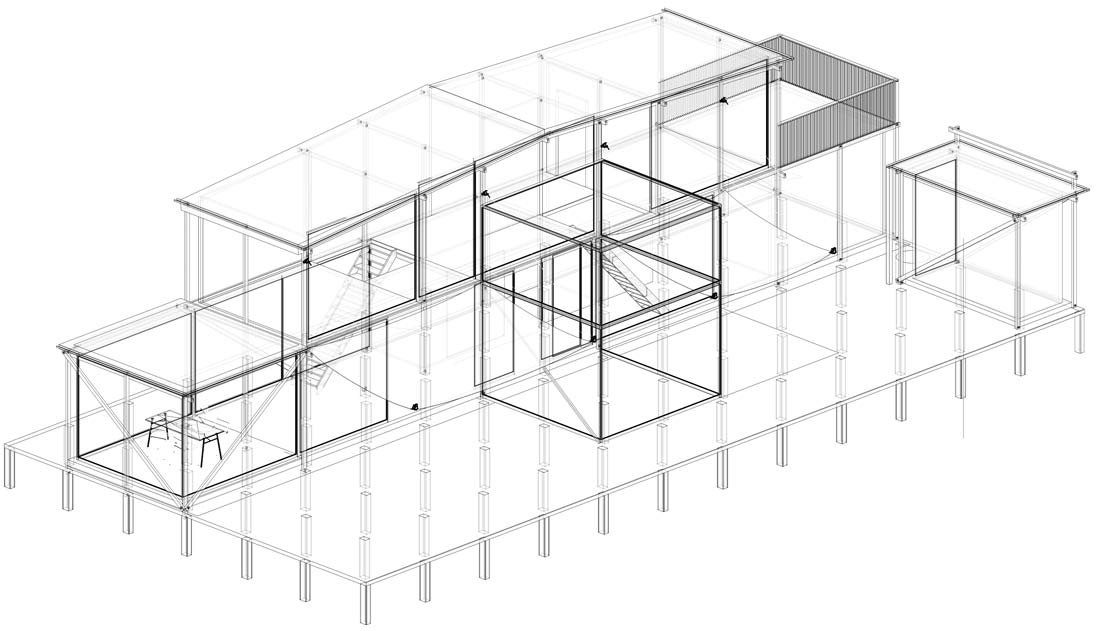 Prototype R: no determined front or back side, no fixed spatial allocations 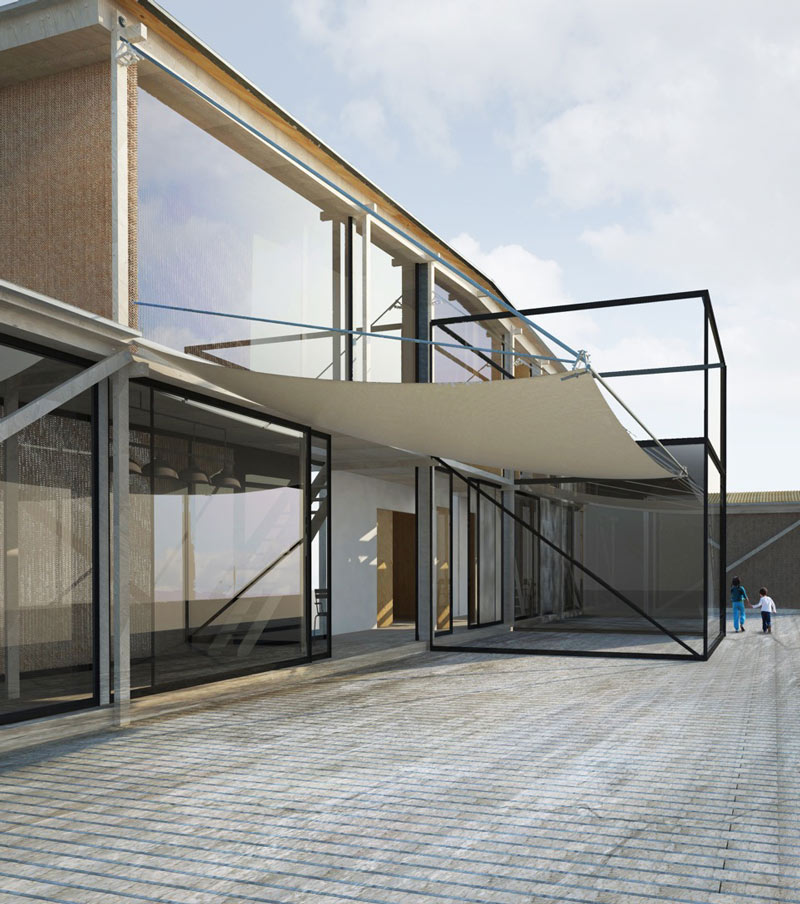 Prototype R: the building retains the appearance of the shell construction 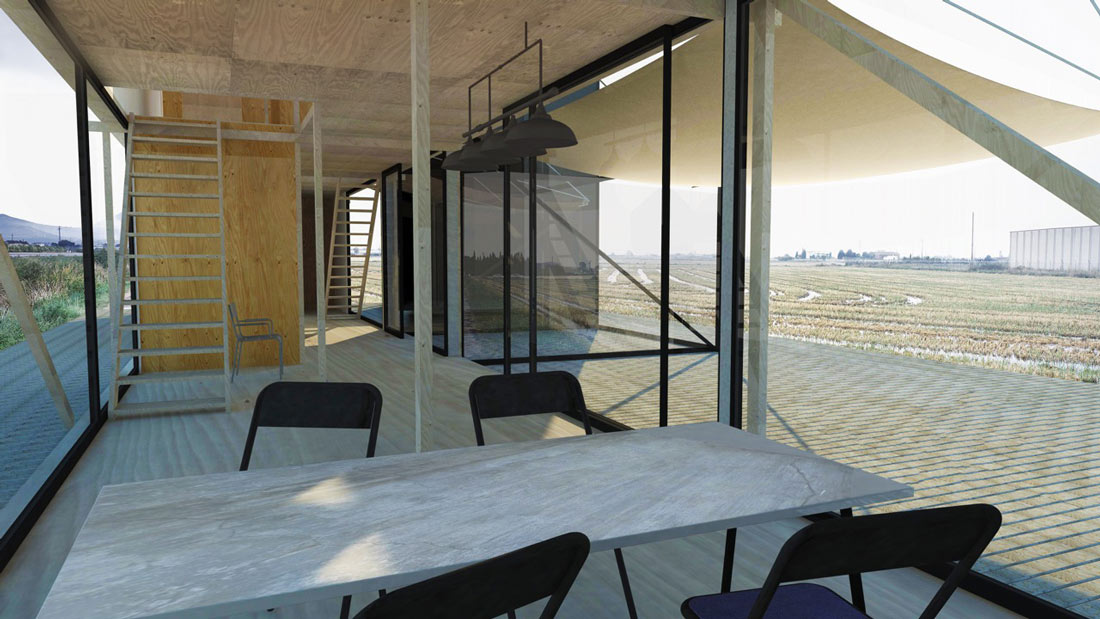 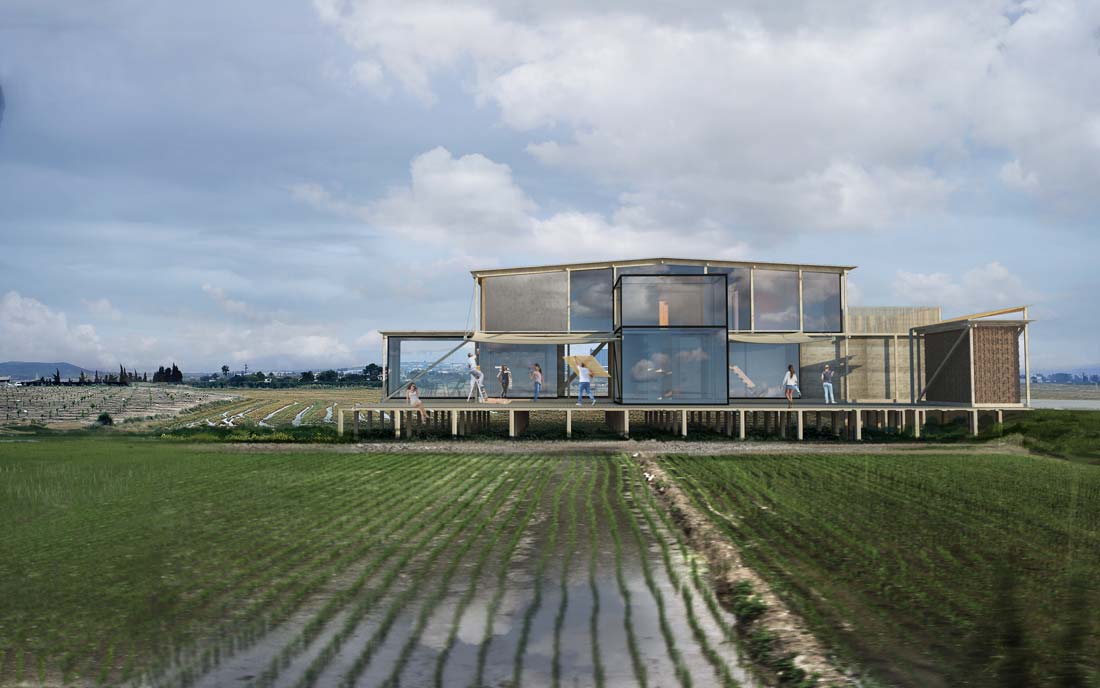 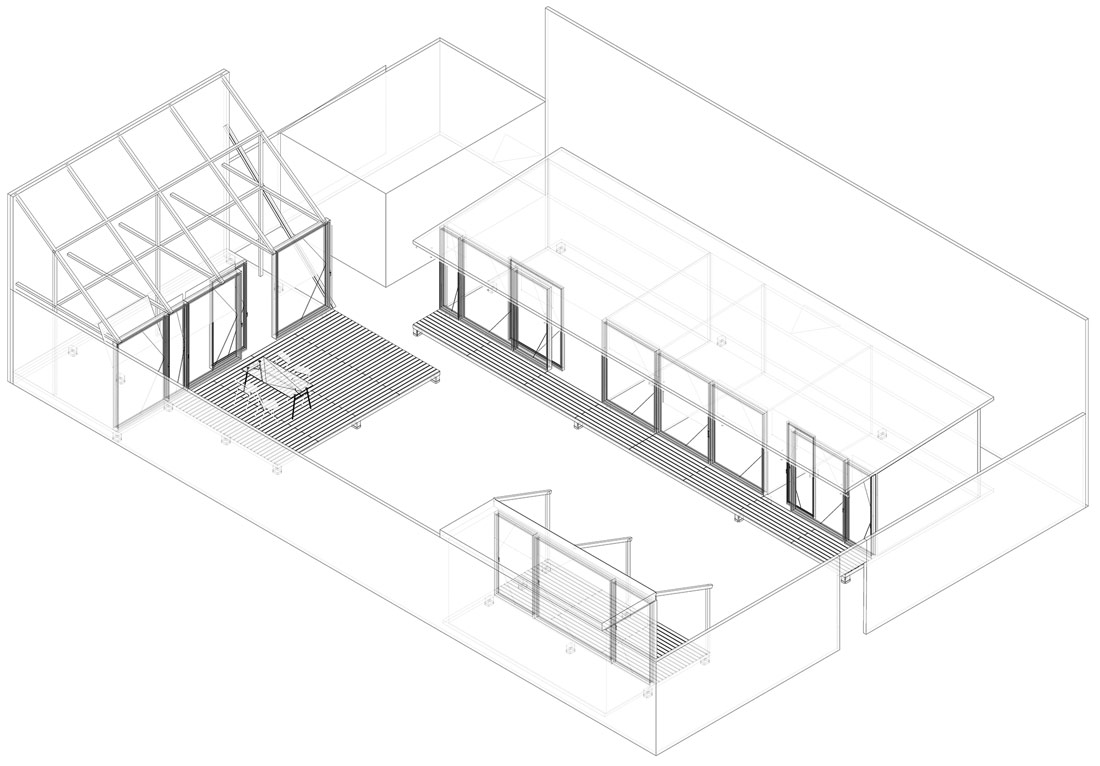 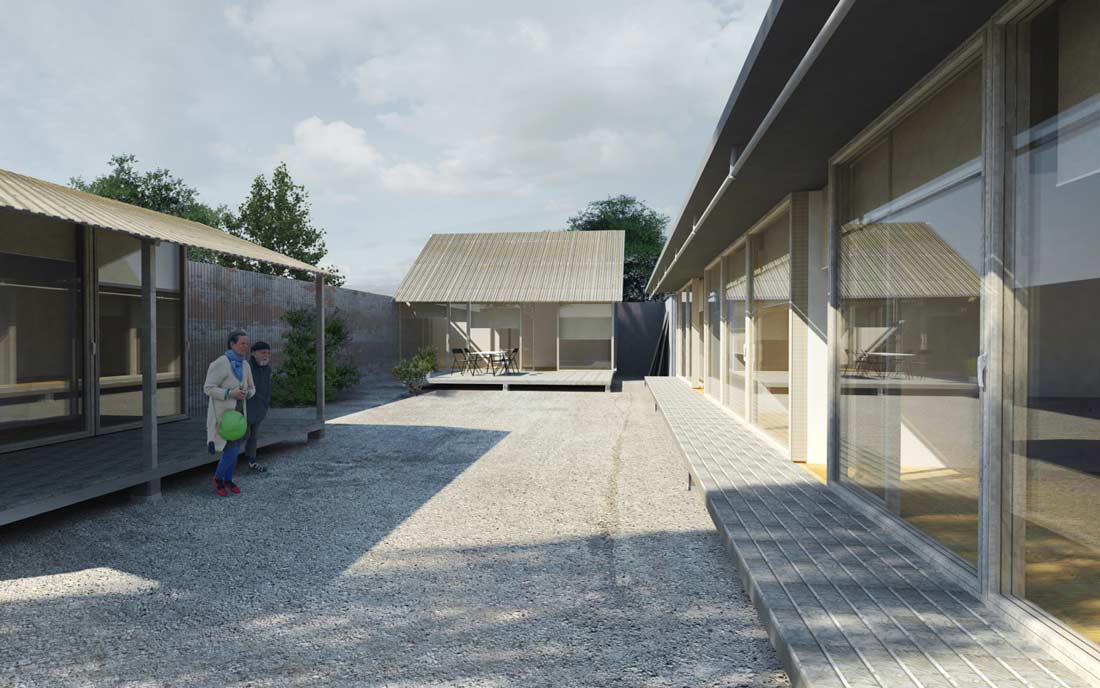 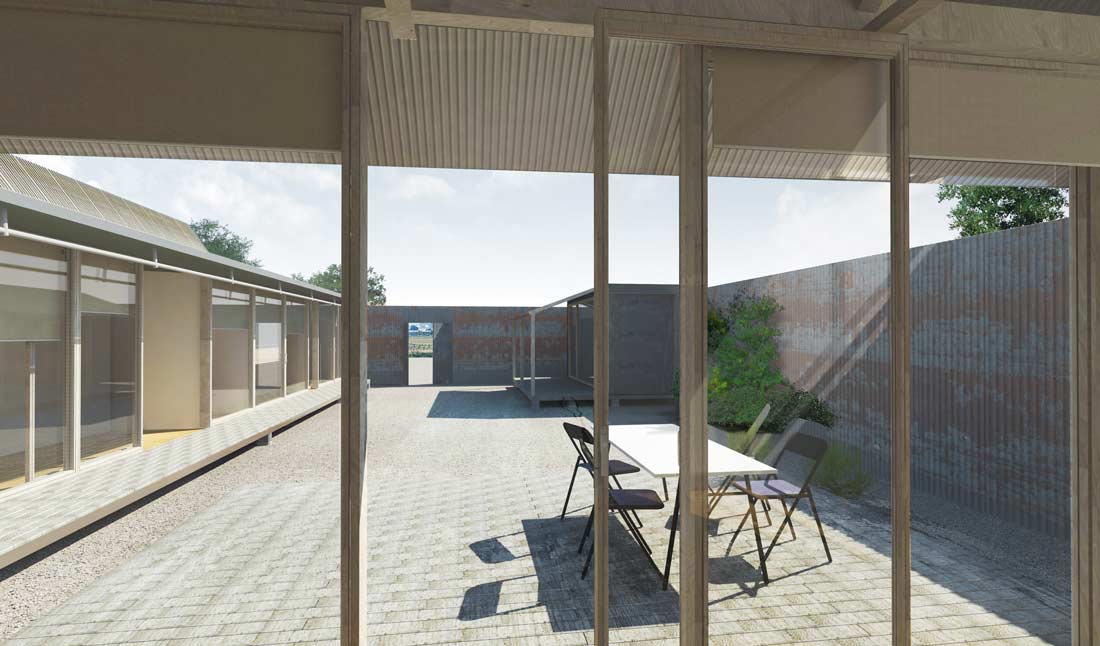 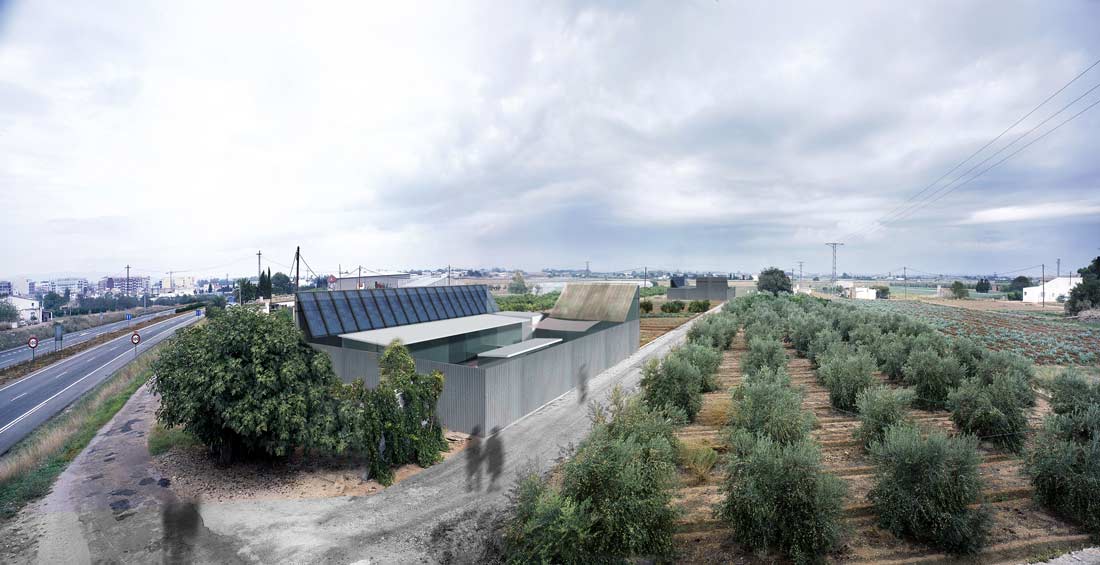 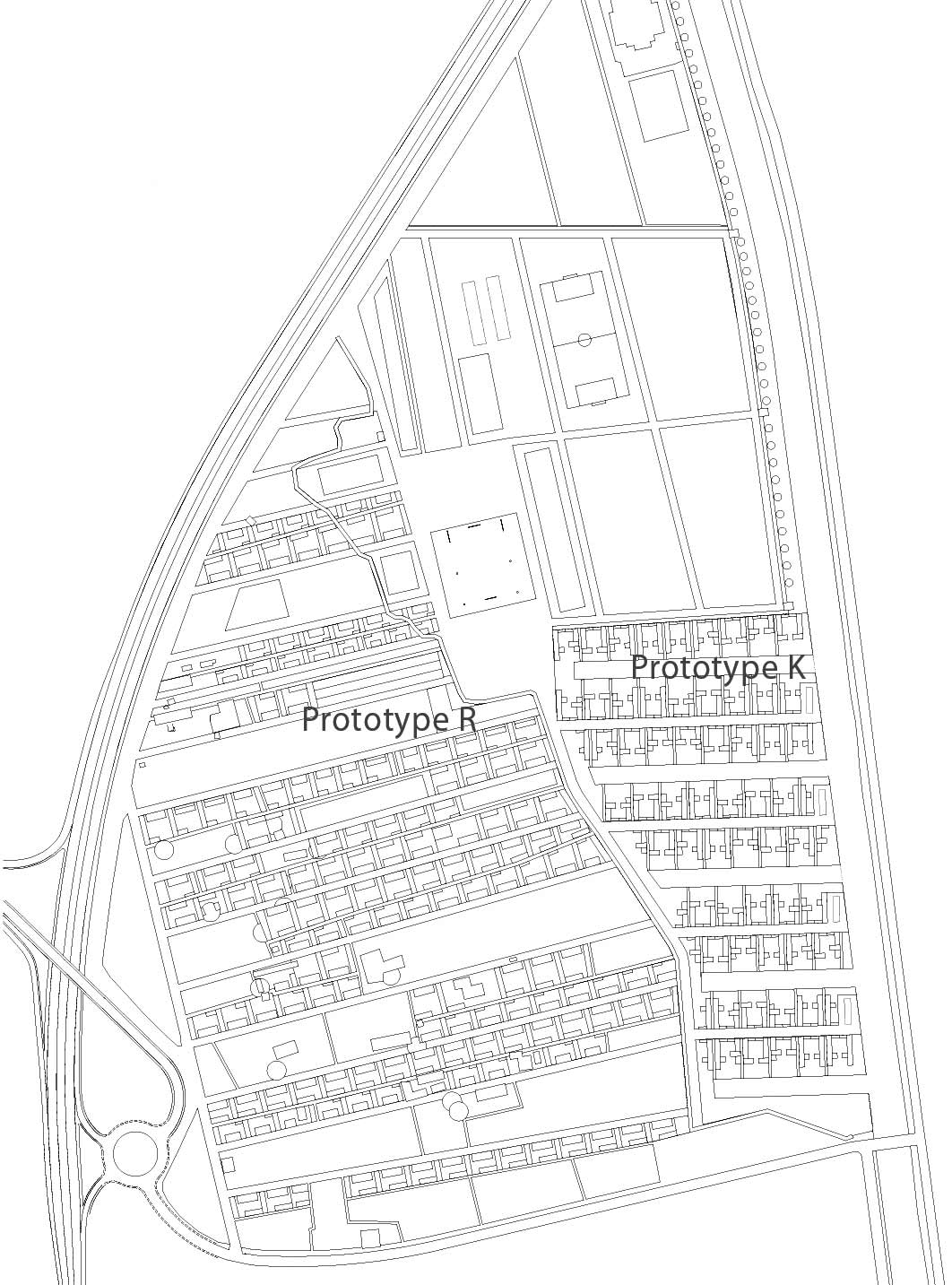 Site plan: distribution of the housing prototpyes and communal facilities