Green spaces in a governmental and administrative city. Curated as a natural space with stabilizing urban interventions

In 2007 the government of South-Korea decided to build a planned city. Its centre will be left empty for a park. The park PROCESS FIELDS changes the previous relation between the existing rice fields and the river Geum-Gang. The dyke will be relocated which will enlarge the regularly flooded zones. This will produce a multifunctional landscape zone in which cultural and natural processes can come together. The former grid of fields will be preserved as a overall organisation structure. It will allow a flexible non-hierarchical programming of local recreation, agriculture and ecology. 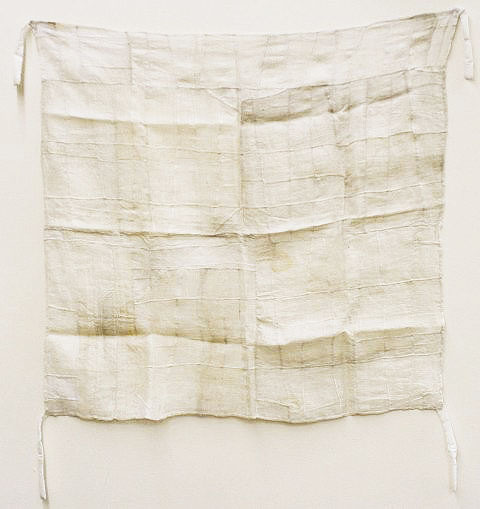 The Bojagi shows one of the substantial principles in Korean art: the combination of strict geometry and natural form 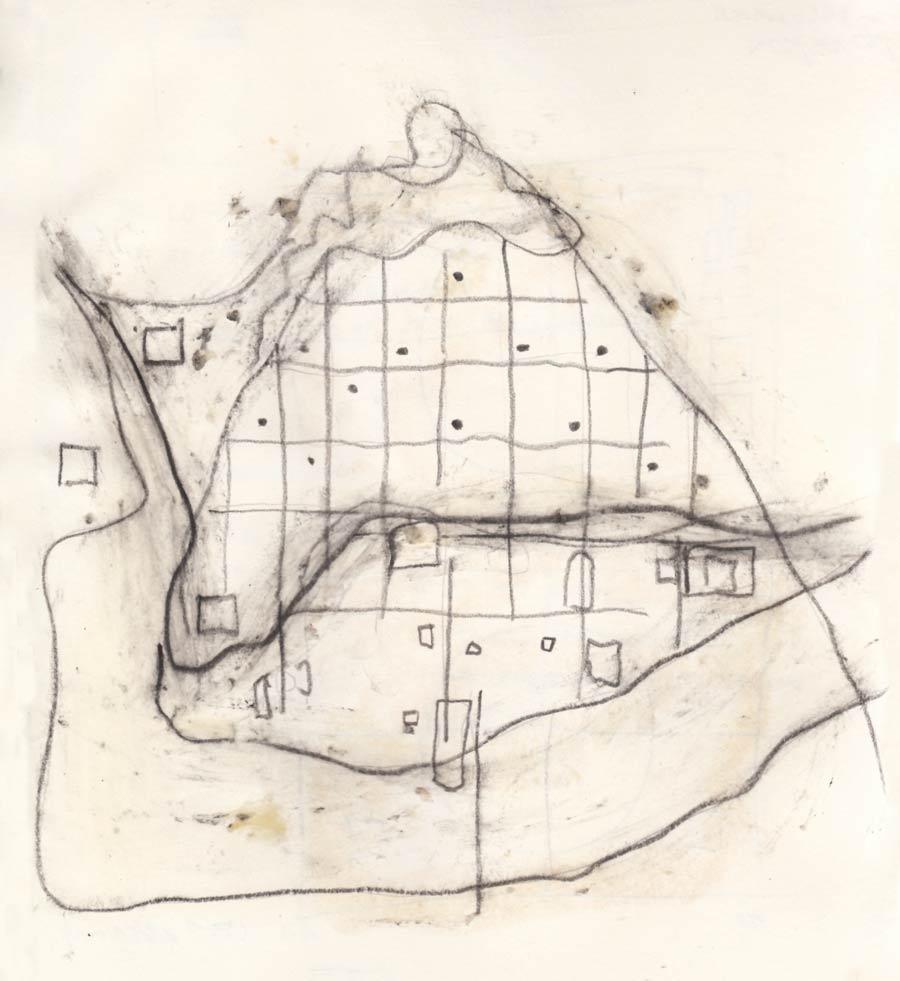 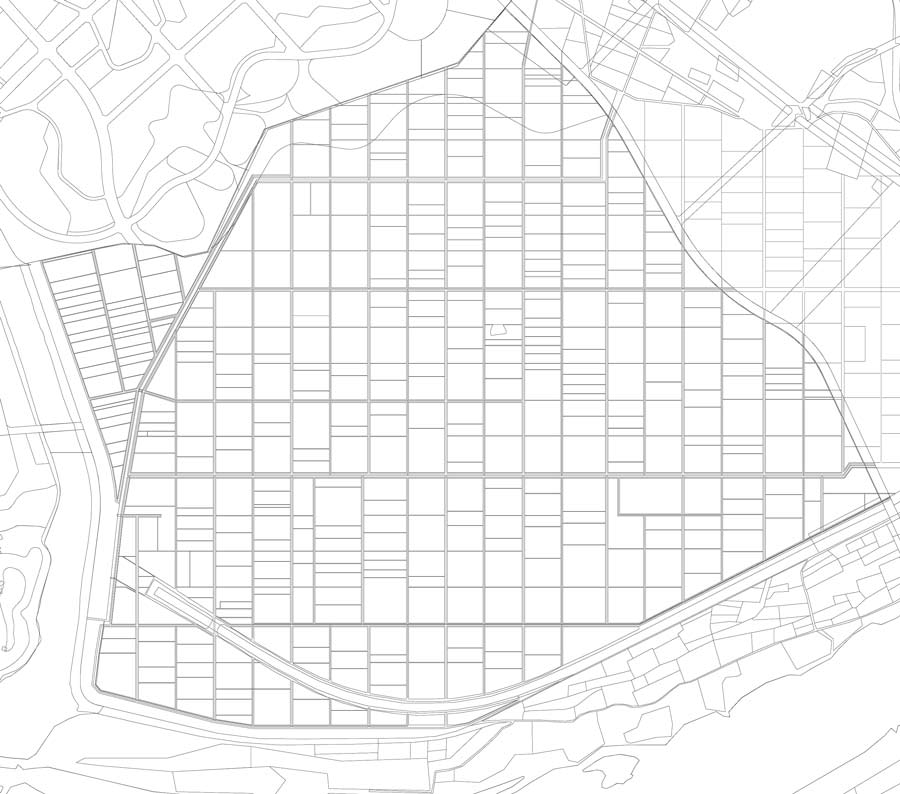 Site plan of the rice fields 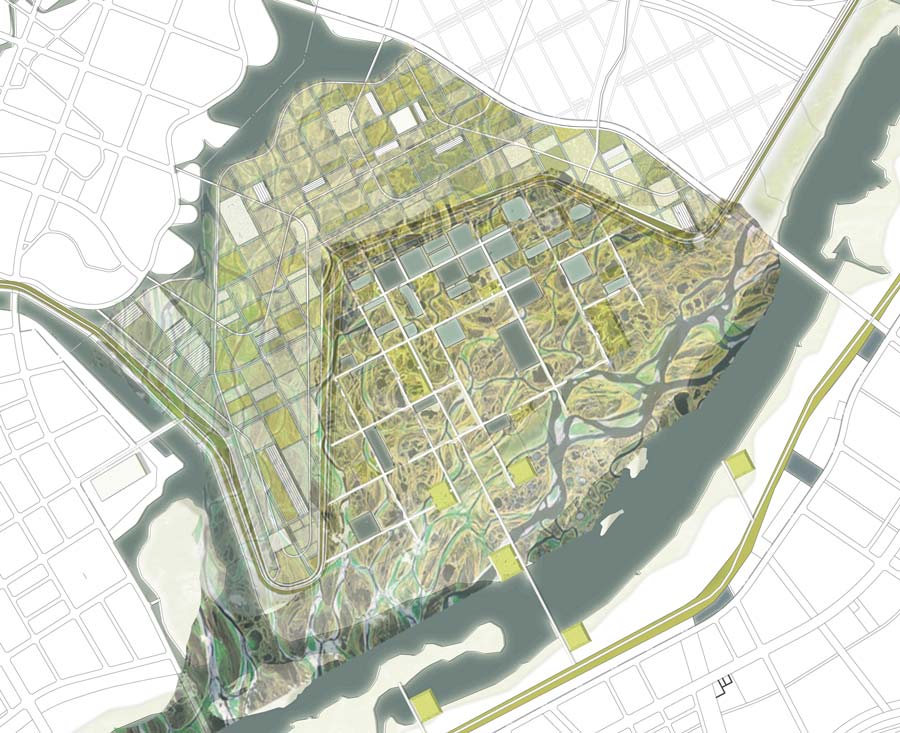 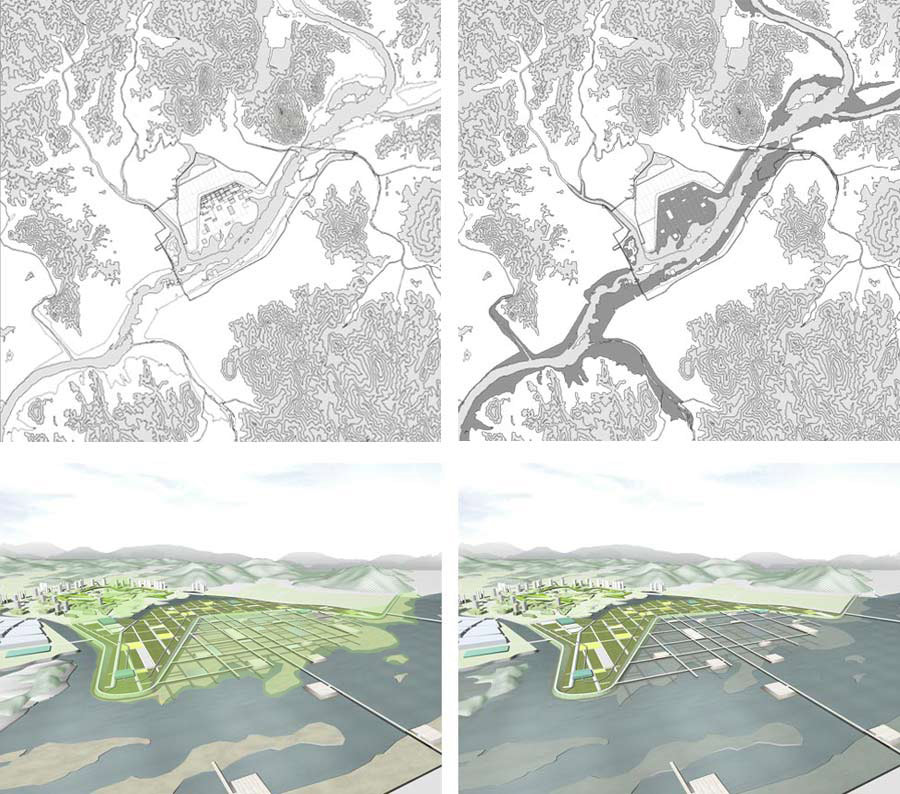 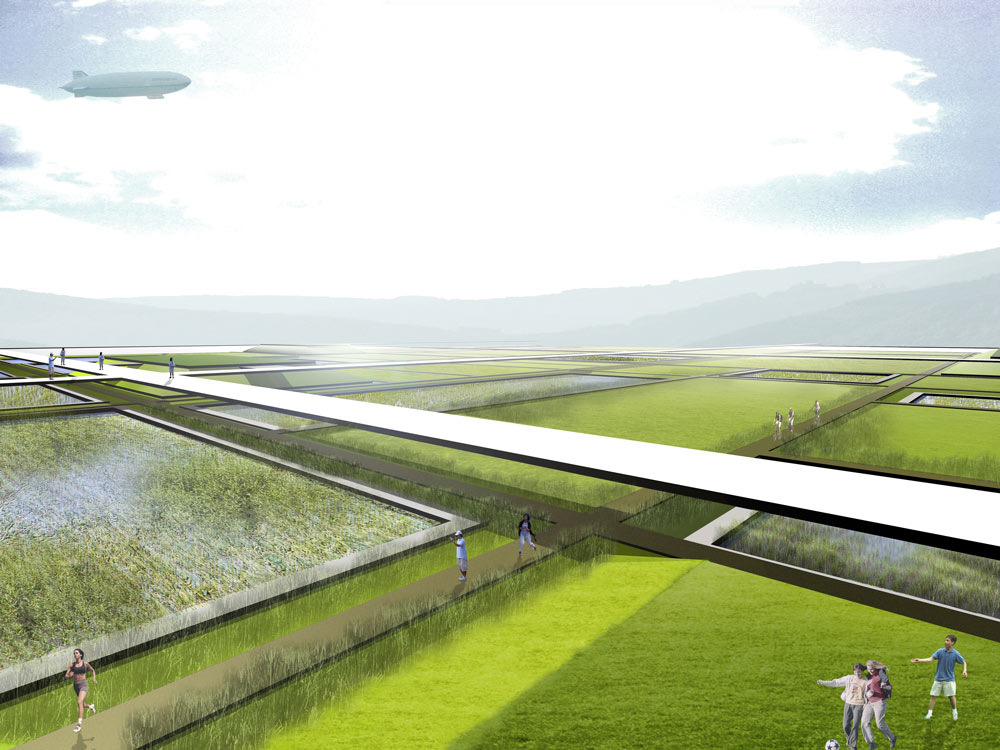